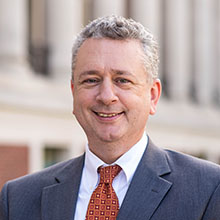 Director of the Office of Admissions

Noah Buckley has worked in college admissions since 1998 and joined Oregon State University as Director of Admissions in 2011. Prior to Oregon State, he served in the same role at his alma mater, the University of Wyoming. There, he earned his B.S. in Marketing in 1995 and his MBA in 2006. He was the first in his family to attend college.

Noah has served on the boards of regional professional associations and recently served as the chair of the Oregon public universities admissions leadership organization (ICAR). He has presented on admissions and enrollment topics at NACAC, PNACAC, RMACAC and PACRAO conferences. He also serves on Oregon’s statewide AP/IB Workgroup as well as numerous access and enrollment workgroups and committees at OSU.